Carrying a western tradition into the 21st century 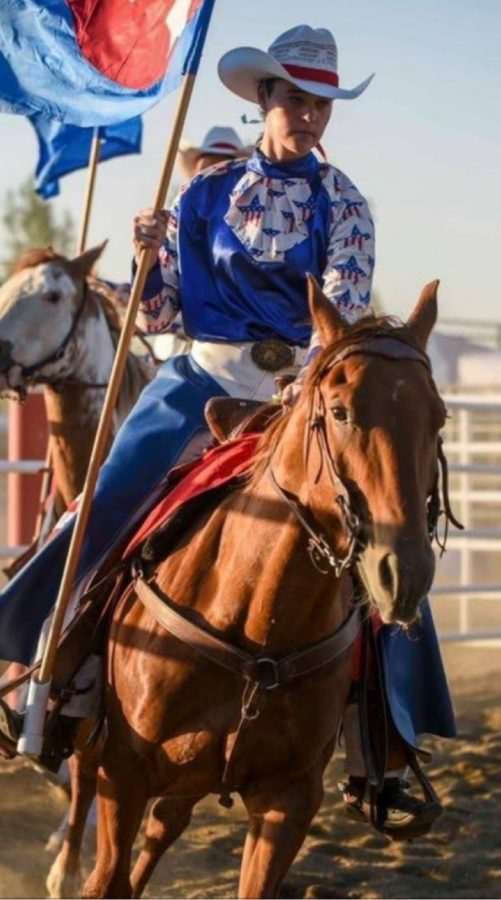 Aubrey Thibodaux is a junior at Smoky Hill High School in Colorado, who participates in an interesting out-of-school activity, one that isn’t talked about enough at Smoky Hill.

She is a part of The Westernaires. The Westernaires are a mounted performance and nonprofit organization that was founded in 1949. They provide training in western riding, precision drills, and even horse care. They even participate in public events such as the Parade of Lights in Denver, CO.

Throughout the course of a few years, Thibodaux has made plenty of new relationships since she first started years ago, and believes it’s an excellent thing to participate in, and she’s also found a source of inspiration within the organization. “ My friend joined before me, but it’s been nice to see both of us grow in the organization. I think I’ve grown a lot as a person. There are so many lessons you can learn from it.”

The Westernaires aren’t widely known like most other activities in Colorado like skiing and snowboarding. Most people don’t know much about the organization but Thibodaux had a few close connections to it. “I had a few family members and friends in there, and they were just talking about how enjoyable and fun it was, so I decided to join and see how it went,” Thibodaux said.

Encouraged by family and friends, Thibodaux joined the Westernaires in 2018. She graduates from the program when she graduates high school in 2023, however she has thoroughly enjoyed her time there, saying that “ I’ve made so many new friends and it’s just really fun to me.”

Although glorious and graceful, western riding can have its not-so-fun moments. Multitasking while mounted on a horse is quite a difficult task. Thibodaux had fallen off while performing and sustained injuries on her back and leg. “I’ve gotten injured before a few times but this time in practice and it was really scary and I was in a lot of pain.”