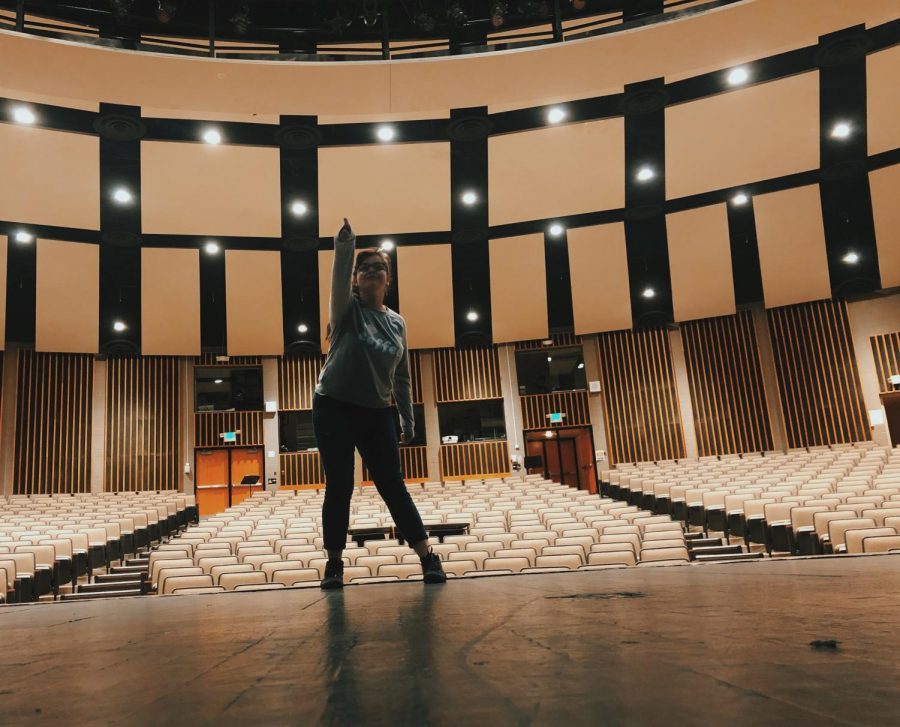 Standing in the spotlight is a dream for a lot of kids, but for Alicia Dante making those kids dreams come true was just what she wanted to do. Dante, a senior here at Smoky, is directing her own play for the underclassman.

“I’ve wanted to direct a show for a while, I always thought it would be fun. This is actually my second show I’m directing but it’s the first show that I am fully directing on my own,” said Dante. Dante is directing a show called I Hate Shakespeare. The show is a fast-paced comedy about Shakespeare with a modern twist.

“I chose I Hate Shakespeare because, I personally am not the biggest Shakespeare fan but I thought the play was pretty cool and something a lot of people could relate to,” Dante said.

The show will be on Monday, November 25, starting at 7:15 p.m. The play costs five dollars to get in and will be a lasting memory for all.

As a senior being a student director there were many ups and downs that had a big payoff in the end. “Overall the show was very stressful but a lot of fun as well. Watching the cast grow as actors and being able to see how they develop throughout the show was a really cool experience to watch,” Dante said.

Being a student director comes with different variables you should know. You should know to lead, be patient and so much more. “If anyone wanted to direct their own show I would tell them that the show itself is going to be stressful, and that you need to be super organized. One of my own obstacles was that I was very unorganized but now I know for next time,” Dante said.